Stop the Spread of Hoaxes 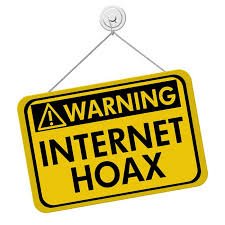 If you have been on Facebook in the past month, chances are you have seen the viral story about Facebook charging a fee to keep your profile private. Obviously this was not a true viral story, but it still spread like wildfire throughout the internet. Here are some steps you can take to spot a hoax before you end up passing it on to friends.

You may ask yourself what is the harm in sharing a viral story in case it is actually real, but stories like the one mentioned previously have been around since 2009. The original story had a link where visitors could go to “protest,” but in fact all it did was infect your computer with malware. If a fake story is only shared once, it is not likely to catch on, but if you share a fake story from a friend, chances are that the chain will continue, and even more people will see the hoax story. Business malware removal services.

To avoid being sucked into these fake viral stories, the first stop should be Snopes. Snopes allows you to search for the viral story you want to confirm. Most fake stories are in their database with facts behind the story. If you cannot find the story you are looking for, you can submit a rumor or photo for site moderators to inspect. Each report on the viral stories contains reliable sources presented in bibliographies.

Another site that offers hoax-busting reports is Gizmodo’s Factuality. Facuality posts info about the latest viral stories, including photos you may have seen. The information offered includes how the stories originated and the truth behind them if there is any. This site offers lists such as “9 viral photos that are totally fake,” and “Most Holidays are Fake,” which some people may find slightly heartbreaking.

With the 2016 elections just around the corner, it can be tough to determine a fake viral story in the midst of a barrage of political facts. Politifact helps separate political fiction from fact with tools like the “Truth-o-meter” which rates politician’s words on a scale from truth to Pants on Fire. Politifact allows you to confirm the legitimacy of a viral story before sharing it to your friends online. This program was launched in 2007 and has won a Pulitzer Prize for journalism, so you know you are in good hands.

Just remember, before you share that viral story, think twice about who might see it or click on it. Double check to be sure the story is true, and there are no harmful links or malware infections on the other end. Nerds on Call is always here to keep you using the best software to avoid those fake viral stories.